I've Got Jesus on the Brain

I just got the first of what I hope will blossom into a collection of Christian tattoos, and as a result I've been thinking a lot about religion today.
I, unlike many, prefer to wear my faith quietly.  I don't hide it, I'm not ashamed of it, but I don't scream it either.  People who vigorously pronounce their faith to unwilling audiences generally work against their own purposes, in my experience.  In fact, the same could be said for any viewpoint, religious or otherwise.  Crying out your opinions to strangers just makes them uncomfortable.
That said, it is the job of every good Christian to attempt to spread their faith to others.  I, for my part, choose to be quietly welcoming when it comes to matters of faith, rather than condemning and confrontational, or even awkwardly vocal in a positive manner.  I believe we really lucked out with this whole Jesus thing, and it's something that should be celebrated.
For me, coming closer to God was like quitting smoking.  People told me all the horrible things that would happen if I didn't quit, and they bounced right off.  No impact at all.  But when I started thinking about the good things that would happen if I did quit, suddenly I had all the motivation I needed.  The same was true with Jesus.  When someone told me I'd go to hell if I didn't accept him, it didn't make a mark, because if you don't beleive in him in the first place, how could a threat hold any sway?  It's like saying "you'll turn into a unicorn if you don't eat this invisible hamburger."  Who the hell would be convinced by that?  But if you see someone who is at peace with themselves and the world they live in, who is unconditionally kind to others and always willing to forgive wrongdoing, it might make you wonder how they got that way.
One thing that I think turns a lot of people off to Christanity is that they think it's really just a big list of Dont's.  But what a lot of agnostics and de-facto atheists (the militant kind are somewhat different) may not realize is that Christianity comes in more than one flavor, and that the common ground between them is pretty basic.  The one thing that is universally agreed upon is that all you really need is Jesus.  That's what he's there for.  The rest of it is just ways to be better, closer to God's example.  But if you're down with Jesus, you're basically okay.  And from there, you can go in any direction that suits you.
In my opinion, Jesus is a pretty hard guy not to like.  He was nice to everybody, even the people who killed him.  All he ever talked about is how we should be nicer to each other, and to love God as much as we could.  He healed people, helped people and gave people hope.  Nobody hates the Dalai Lama, or Ghandi.  Kind, generous spiritual folk are pretty much universally respected, even by atheists.
And the very existence of Jesus is proof that God is basically a good guy too.  He was tough on us in the beginning, but he saw that it totally wasn't working.  GOD changed his tune from confrontational to welcoming.  In the old testament it's all about "do it and I'll punish you", but in the new testament, he creates a neat little loophole for us flawed humans because the old ways weren't working.  So that's the example I choose to follow.
And if you don't want to hear what I have to say, I won't tell you.  It's okay with me.  It's not an easy thing to talk about most of the time.  I understand.  I can't prove anything to anybody anyway.
But If you really want to know, I can tell you how it happened for me.  And I can tell you what I think about the whole thing.  And if you've come as far as wanting to know in the first place, being convinced isn't that big of a jump. 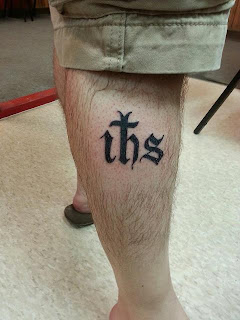