Johnny and Billy and Baseball and the American Way.

Once there was a boy named Billy.  Billy was a good kid, did well in school, and liked to learn.  When he grew up, he wanted to be an astronaut.  So in other words, he was just like most little boys.
The only thing different about Billy was that he didn't like dodge ball very much.  At recess, most of the other boys would go off and play dodge ball, but Billy would just play on the swings or the monkey bars.
There was another boy who went to Billy's school, and his name was Johnny.  Johnny liked playing dodge ball, and he thought Billy was weird for not liking it.  Every day, Johnny would throw a dodge ball at Billy's head on purpose, to show everybody else what a sissy Billy was.  Sometimes Billy would cry, and all Johnny's friends would laugh.
Some of the teachers saw this, but they didn't feel like there was anything they could do.  Johnny wasn't breaking any rules by throwing the dodge ball--after all, it was recess.  Once or twice, they told Johnny he wasn't being very polite, but Johnny just asked them if he had broken the rules, and of course he hadn't, so Johnny just kept on doing it. 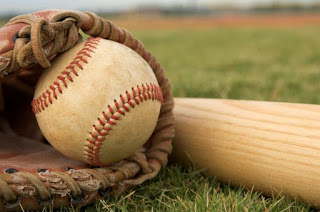 Then one day, the school decided to form a baseball league.  Billy loved baseball, and he wanted to join.  But when he went to sign up, Johnny and his friends got in front of him and told him he wasn't allowed to play baseball because he didn't like sports.  Billy said that he liked sports fine, just not dodge ball.  Johnny said he didn't care, because baseball wasn't for sissies like Billy.  Baseball was only for normal boys.  Billy complained that he was a normal boy, but Johnny didn't listen.  Johnny just pushed him down in the dirt and laughed.
A teacher saw this, and felt he had to do something.  He sat down with Johnny, Billy, and some of the other teachers, and said that since the baseball league was run by the school, all school students should have a right to enter.  Johnny complained that baseball wasn't for kids like Billy, but the teacher knew that Billy was a normal kid like any other, and just wanted to play baseball.  So the teachers got together and told Johnny he had to let Billy play baseball, and if he tried to stop him, or if he was mean and unfair to him, he would be breaking the rules.
Johnny didn't like this, not one bit.  So he went back to his mom and told her that the school had told him he couldn't stop this one sissy from playing baseball.  He told his mom that if Billy got to play baseball, it would ruin baseball for everyone.
Johnny's mom talked to the teachers, and the teachers explained the situation.  Johnny and his friends weren't being excluded from baseball, and in fact, they weren't even going to be playing on the same team as Billy.  Johnny's mom explained to Johnny that he had no reason to be mad.  This made Johnny even more mad, and finally he stomped his foot and screamed "But they're not letting me be mean to him!  If I'm mean to him, I'm gonna be punished!"
Johnny's mom just nodded and said "Well then, I guess you'd better be nice."
"But Billy's a little sissy boy, and he doesn't deserve to play baseball!"
"You can think whatever you like about Billy, and you can say so to your friends all you want, but that doesn't mean you get to be rude.  If you start your own baseball league, you don't have to let little Billy in, but you can't ask the school to exclude him just because you don't like him.  And just because he's playing doesn't mean you won't have any fun."
Billy stomped his foot again, but he couldn't think of anything else to say.  So he went up to his room and downloaded a copy of the Anarchist Cookbook, built a pipe bomb, and put it under the hood of his teacher's car the next day.  When his teacher went to get into his car, it blew up, scattering the teacher's smoking remains over a quarter-mile radius.  All the kids started crying, but then Santa Claus flew down out of the sky wearing a bitchin' camo bandanna and carrying two AR-15s in his muscly, hairy arms.  He landed on the playground and said "Let's get this party started!"  and then fired the AR-15s into the air while blasting LMFAO's "Party Rock Anthem" from the wicked-loud subs in his sleigh.  John Cena was there, and he started a fist-pumping match with Andre the Giant's reanimated corpse, and Abe Lincoln came through a time warp and fed everybody spaghetti tacos, which he invented on a trip to ancient Rome.  Billy morphed into a jet and flew into the moon, which exploded into a cloud of super-pure extasy that rained down on Earth, ensuring that everyone was rolling balls forever.  And Barak Obama looked at all this, and saw that it was good.  Then he leaned back, lit up a fat blunt made of $1000 bills and stuffed with the constitution, said "Fuck yeah!", and blew his brains out with a crossbow.
The End.
Posted by Peter at 4:29 PM